ETH, often known as Ethereum, is the digital currency that has the world’s second-largest market capitalization. When the Ethereum price rose by fifty percent over one month, it reached a major stage in the market for cryptocurrencies. It has been a significant contributor to the revival of the market. After the merging, Vitalik Buterin, who was one of the original developers of the network, says that the protocol status would be 55 percent complete.

The transition from the most recent “proof of work” consensus to the “proof of stake” agreement provides a hint about the impending relocation of the network. The creators of the cryptocurrency had previously stated that the integration will take place on September 19 of this year. 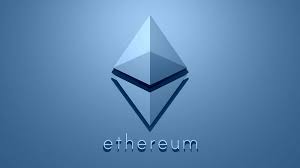 On June 6, the Ethereum price traded at about $1,080. The value further rose to $1,610, a significant increase, on June 22. As a direct consequence of this, the market has generated returns of around fifty percent in a little over a month and a half.

Buterin announced the ETH Community Conference in Paris on Thursday. EthCC is an abbreviation for the conference. According to what he stated, Ethereum and bitcoin are two distinct forms of digital currency. When compared to Ethereum, which is only 40 percent complete but has the potential to be 55 percent complete after the merging. Bitcoin investors believe that their cryptocurrency is 80 percent developed, while Ethereans believe that Ethereum is only 40 percent developed.

The roadmap for the Ethereum will include several further significant stages once the integration takes place. It comes with a four-part upgrade that the creators refer to as “surge, verge, purge, and splurge.” The major goal of the changes is to make ETH a great deal more resistant to attacks and decentralized.

He inquired whether or if the system would be more scalable by the conclusion of the road plan when it would be able to handle 100,000 transactions per second.

Rate of change gets reduced

Buterin speculated that the pace of change will eventually slow down to a more manageable level. It is what the vast majority of people want to see implemented in the ETH protocol. He went on to say that several outcomes are possible in this scenario, but it is impossible to predict them. Nevertheless, it will become less noticeable with time.

The latest adjustments to the network rules and the issue of tokens are the part of the fundamental changes that the network has got. In this particular aspect, the transaction inclusion procedure in conjunction with the security model is also engaged. Additionally, Ether is now trading on CoinMarketCap for $1,565.67, representing an increase of 1.88 percent. The market capitalization is around $190.47 billion, whilst the market value of ether is approximately $1,641.21 per coin. On June 22nd, it was about $1082 at that point.